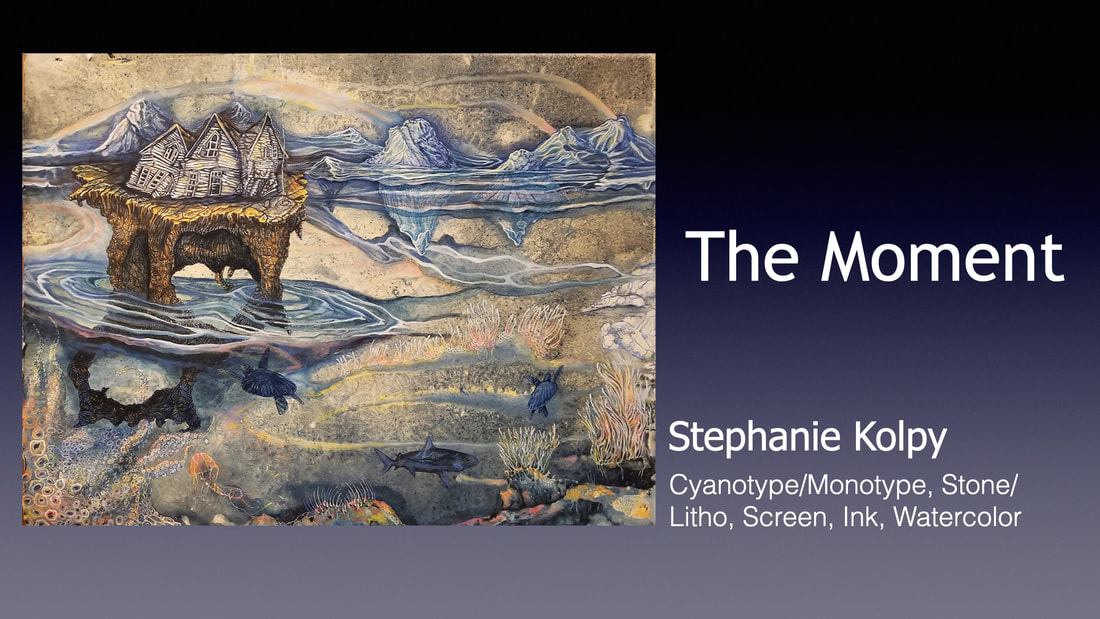 This current body of work seeks to draw symbolic parallels between visual interpretations of apocalyptic mythoi and the theory of The Holocene Extinction, also known as the ongoing sixth great extinction event, where ancient lines of species are dying off in masses due to climate change as a result of human activity. The visual iconography in this work is apocalyptic; the overarching theme of apocalypse (from the Greek word Apokalypsis, meaning ‘to unveil’ or ‘to reveal’) has driven me to articulate more clearly a perspective regarding the future and what it will ‘reveal’ to us. Through the “real and factual” happenings discovered in my research into the effects of Climate Change, I see an Apocalypse of our own making.